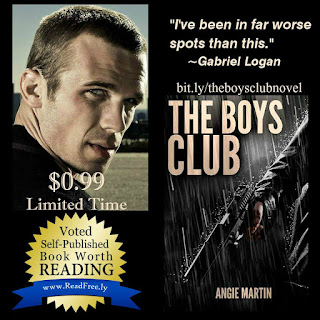 I really did have plans to blog more regularly, but I’ve been busy reading Angie Martin’s The Boys Club, so . . . In any event, I found out that Boys was [were? ;) ] voted Self-Published Book Worth Reading on ReadFree.ly and will be on sale for 99 cents for a limited time. So, I thought I’d use this venue to let you know, too! Pick it up and enjoy this rollicking read. [I wish I had a review to share, but alas, I’m not done it yet!]

Blurb:
Growing up a homeless juvenile delinquent left its mark on Gabriel Logan. He lived a throwaway existence until a former FBI agent recruited him for a fringe organization for boys like him, ones who could operate outside the law for the sake of justice. As an adult, he sets an example for the others and is slated to take over their group, until his work results in the murder of his pregnant wife.
Going through the motions of everyday life, Logan does only what’s required of him with one goal in mind: kill Hugh Langston, the man responsible for his wife’s death. When he’s handed the opportunity to bring Langston down, he jumps at the chance, but the job will challenge him more than anything in the past. Not only does he have to save Langston’s daughter from her father’s hit list, but the job seems to have come to them a little too easily. Logan must find a way to not only rescue the one woman who can take down his biggest enemy, but also look into the men he trusts most to discover which one of them is betraying The Boys Club.

Angie Martin’s bio:
I live in Overland Park, Kansas with my husband, two cats, and beloved dog. I have two sons off paving their own way in the world. I grew up in Wichita, Kansas and have lived all over the United States. My entire life has revolved around imaginary worlds contained within the covers of a book. My aunt introduced me to Stephen King and a little book called Christine in eighth grade, and my life was never the same.

I am hard at work on many projects that I cannot wait to share with all of you! 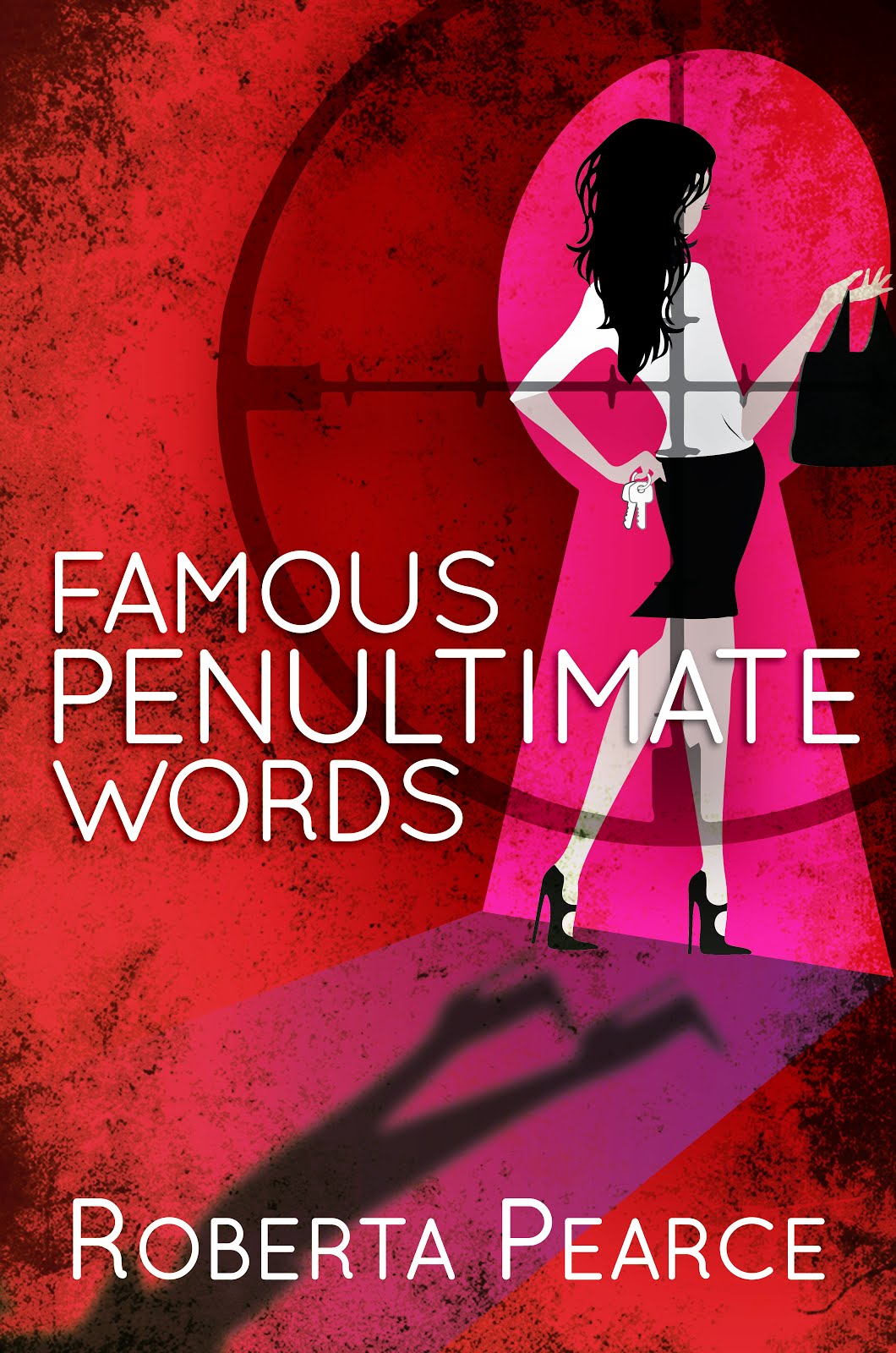 Where to buy Famous Penultimate Words!